Completed 2004
Carmel, California
31,160 s.f.
The Crossroads Mall, a major retail center in the Carmel area consisting of over 223,000 square feet of retail stores, restaurants, grocery and banking needed to rethink a large portion that had originally been built as an interior mall area in an outdoor mall, that had never performed as well as the rest of the center. By dividing the space into a place for another major anchor to the center and turning it inside out the space was revitalized into a functional and profitable space that now fit with the rest of the complex. The blending of the new look with the existing older areas of the complex was critical in such a design sensitive area answering to design review agencies from three different jurisdictions. 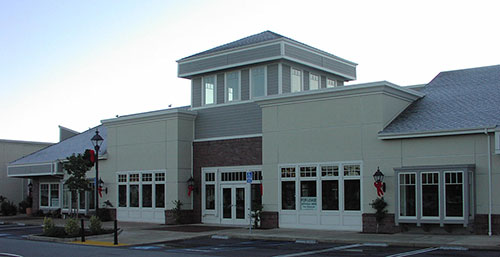