Completed 2004
Carmel, California
24,706 s.f.
Though this project only added just over 1,300 s.f. to an existing long standing anchor of the successful Crossroads shopping village in Carmel, it was a complete facelift to match the new look of the center in the village style. The project was to redesign and complete the two major anchors for the center and complete a new large third element. The blending of the new look with the existing older areas of the complex was critical in such a design sensitive area answering to design review agencies from three different jurisdictions. The completed project has become the local hub around which the vast majority of retail activity revolves. 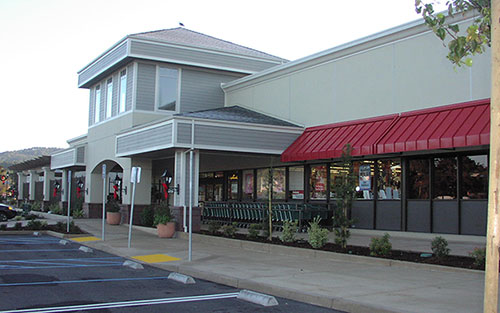