Completed 2003
39,000 s.f.
Aircraft Museum at the Hayward Executive Airport for Lilja Corporation initiating a new era of growth at this and Executive airports across the country. This long span hangar has been featured in National industry publications and is the premier facility in the Bay area aircraft community.

The complex was designed to be utilized as a functional corporate maintenance hangar and storage facility with the ability to convert to a full scale aircraft museum complex with restaurant, gift shop and exhibit areas. This was the first of many projects by the Johnson Architectural Group for Lilja Corporation and the first of many successful projects at the Hayward Executive Airport. As such new ground was broken in fire science technology, environmental engineering, state of the art methods and materials not traditionally seen in hangar design prior to this facility anywhere in the world. 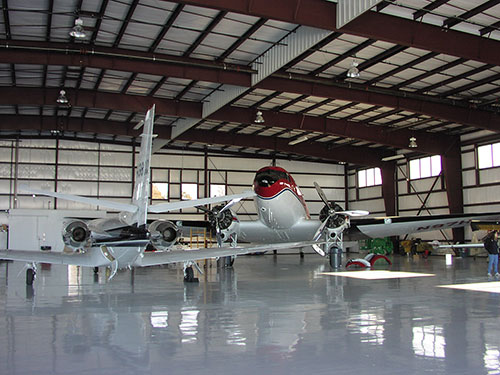